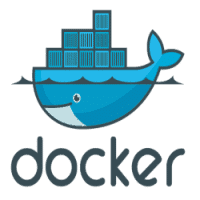 This error I would consider one of the most basic errors which any developer can face during the initial days of Docker learning and the error Docker COPY failed: stat no source files were specified or docker copy failed no such file or directory is caused when docker copy command is not able to copy files from the build context into your image.

But in case if you are using DOCKER ADD instead of DOCKER COPY command then you might see little different error message .i.e. ADD failed : No such file/Directory while building docker image

Both error messages points to the same problem. Here in this article I will explain 6 possible scenario where you can face this issue -

Look carefully at Source path - “build/lib/*", it might be possible this path does not exist.

It might be possible you do not have “hello-world.txt” available at the source path “build/lib/"

Here we didn’t specify the build image name. To fix this we need to assign the “build” as image name -

One more possible cause of COPY failed: no source files were specified is .dockerignore file present in your workspace

If the .dockerignore file exist in the context than it might be possible there is exclude entry to ignore the build directory

In both the above cases build directory will be excluded during the docker-compose or docker run.

Coming from java background I most of the time work with Gradle as my preferred build tool. I faced docker copy failed exception many times during my day to day development.

After spending some hefty amount of time in troubleshooting I noticed the root cause and I personally felt its my bad habits on how I used gradle build tools with my Java development.

So how does this issue happens ?

Running Clean task - If you have ran gradle->clean task and immediately trying to run docker-compose build after that, then I am very confident that you will face this exception because gradle->clean task will delete/remove build directory from your workspace and eventually you will get this issue.

Here is my suggestions to avoid this exception -

Run Clean - If you want to clean the previous build then go ahead and run the gradle->clean task. But do not forget to run the Build tasks after the clean task.

I hope the above 5 solutions will help you to fix the error COPY failed: no source files were specified

In this scenario you are using DOCKER ADD instead of DOCKER COPY but you end up getting an error ADD failed : No such file/Directory while building docker image

Let’s take an example to understand this issue with a very simple directory structure with two files first.txt and second.txt -

Here is our sample dockerfile which is causing this error

To fix this issue we need to update the Dockerfile to pick first.txt and second.txt from correct source directory.

Here is the correct version of Dockerfile where we have mentioned the exact source location to pick first.txt and second.txt

I hope this helps you to fix your issue with Docker ADD command and do not forget to check your project directory structure.